Wimbledon 2010 starts from 21 June – 4 July 2010 at the All England Club Wimbledon . London UK. The Ladies Singles is set to be hotly contested, with Russian players looking to beat the US stars.

In the dissipating days before Wimbledon it is clear that the Russians are invading the ranks of ladies singles tennis with some of the hottest rising stars and a flattering arsenal of talent. Among these brightest sensations include the newest czarina of Russian tennis, Dinara Safina. She will be competing against her own compatriots of
, Svetlana Kuznetsova. Vera Zvonareva, Nadia Petrova, Maria Sharapova, Alisa Kleybanova, Anastasia Pavlyuchenkova, and Ana Chakvetadze. Check out detail on the official Wimbledon website The rest of the world will have to survive and counterattack the bite from the great bear. This Eastern European power’s massive deployment of ladies singles contenders will vie to end the dominance of the American perennial champions, Venus and Serena Williams. Other pursuers with high hopes of advancing past the Russian iron curtain will be Serbian Jelena Jankovic, Dane Caroline Wozniacki. and Frenchwoman Marion Bartoli. 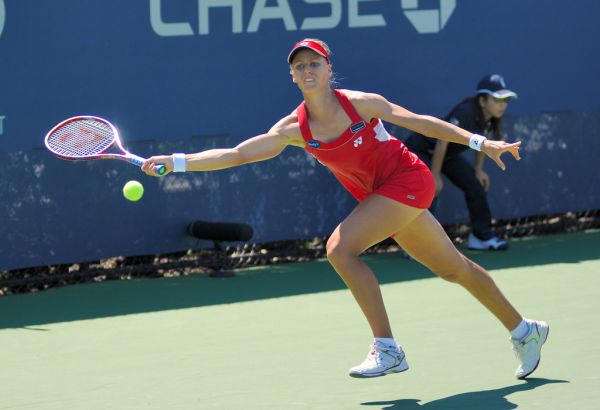 Their reward will likely be a date with one of the Williams sisters. This year the muscular and athletic Serena will be defending her singles and doubles title with and against her favorite sibling. So there you have it. There will be no proliferation of arms by the Russians nor by the Americans for the manicured lawns of Wimbledon. Let the excitement of this grass court invasion begin! Also check our Men Singles Preview

Donate here to get our betting tips

This website uses cookies to improve your experience while you navigate through the website. Out of these cookies, the cookies that are categorized as necessary are stored on your browser as they are essential for the working of basic functionalities of the website. We also use third-party cookies that help us analyze and understand how you use this website. These cookies will be stored in your browser only with your consent. You also have the option to opt-out of these cookies. But opting out of some of these cookies may have an effect on your browsing experience.
Necessary Always Enabled
Necessary cookies are absolutely essential for the website to function properly. This category only includes cookies that ensures basic functionalities and security features of the website. These cookies do not store any personal information.
Non-necessary
Any cookies that may not be particularly necessary for the website to function and is used specifically to collect user personal data via analytics, ads, other embedded contents are termed as non-necessary cookies. It is mandatory to procure user consent prior to running these cookies on your website.
SAVE & ACCEPT