In what will be overshadowed by the Sunday game between Chelsea and Manchester City is the tie between Wigan and Millwall.

They want to win this: 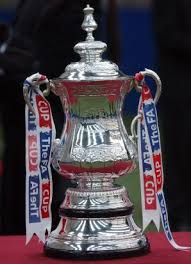 Millwall will be able to treat this more like a home game, having to travel to the other side of London. Wigan had not sold all their ticket allocation, suggesting a few extra Millwall fans potentially getting in.

Millwall are no strangers to Wembley having been in the 2004 final as beaten finalists to Manchester United. They have a similar tough task to lift the silverware and am sure their fans are enjoying every moment of this. Wigan have relegation issues, which could pose as a distraction, and were lucky to nick a draw off QPR last weekend. We were watching the game, and Wigan were not the best during this game playing against ten men QPR for much of the game.

Opta facts going into this game courtesy of optasports.com

Both teams come into this, with just one defeat in six games each. Millwall’s season is effectively over, so they can concentrate all their energies for this game. Both teams will attack, but expect it to take a while to break the deadlock, so could anticipate a few corners in the game.

We will expect a low scoring affair from the game, as both teams play with pride, with bookies hedging around 5/6 on this outcome, especially at Boylesports. I do not expect this game to be settled in 90 minutes and am inclined to not ignore the 21/20 on offer from bookies, that Millwall will win or draw the game, in the double chance market.

RVP was stated in a red top tabloid stating for the fans not to expect a classic seeing as the FA Cup replay is being replayed historically not on a Tuesday or Wednesday night? Why is this?

We suspect that ITV did not want the game on the Tuesday due to Champions League, and Wednesday was not an option because of Chelsea’s commitment in the Europa League, so Monday was the only real option. What are the best betting odds for the match?

Surely Manchester United with all their experience should be the favoured team, as their squad has depth, and they beat Sunderland on Saturday. Chelsea went to a 2-1 defeat to the Saints, so what did that say? 6/4 is too short?

Let us look at the Opta statistics for the game courtesy of optasports.com

Where do we go from here?

Of course last time they played, Manchester United went to a comfortable 2-0 lead before blowing the game and drawing the game 2-2.

In their entire hisory they have played 51 times, with Man U edging it 18 wins, to Chelsea’s 17 and 16 draws. In the last five games alone Chelsea have been unable to beat United in normal time. On the over 2.5 statistics, 56.7% of Chelsea’s games have gone above 2 goals, with United standing on 63.3% of the 30 games played this season.

Man U are unmissable at 8/15 double chance or +1 goal handicap, with Man U at evens with Paddy Power to set up a showdown with Manchester City by reigning supreme! Seeing as the teams may not be all at 100%, why not consider under 2.5 goals at 11/8 with BetVictor.

We have two games today in the FA cup and two on Sunday. Previewing each game starts with Everton who entertain Wigan at Goodison Park.

Everton must really fancy themselves to win the FA cup, seeing Manchester united or Chelsea will be eliminated this weekend. Everton are overdue since last lifting the trophy in 1995, when they beat Manchester United 1-0!

Some facts between the two sides, courtesty of Optasports.com

What do we reckon?

Manchester City face Barnsley in which, City must attempt to win the FA Cup as a consolation, if the league is out of reach, which it appears to be now!

We move to Sunday, and kick off with the all championship tie between Millwall and Blackburn.

Some opta facts on the match:

Our last game will be a cracker, between Manchester United and Chelsea. Manchester United have just been knocked out in emotional fashion, from the champions league, whereas Chelsea have a 1 goal deficit to claw back in their Europa league second leg next Thursday.

Donate here to get our betting tips

This website uses cookies to improve your experience while you navigate through the website. Out of these cookies, the cookies that are categorized as necessary are stored on your browser as they are essential for the working of basic functionalities of the website. We also use third-party cookies that help us analyze and understand how you use this website. These cookies will be stored in your browser only with your consent. You also have the option to opt-out of these cookies. But opting out of some of these cookies may have an effect on your browsing experience.
Necessary Always Enabled
Necessary cookies are absolutely essential for the website to function properly. This category only includes cookies that ensures basic functionalities and security features of the website. These cookies do not store any personal information.
Non-necessary
Any cookies that may not be particularly necessary for the website to function and is used specifically to collect user personal data via analytics, ads, other embedded contents are termed as non-necessary cookies. It is mandatory to procure user consent prior to running these cookies on your website.
SAVE & ACCEPT